Mosses and lichens cover up to three quarters of the trunks in the rainforest. They contribute to both the binding of pollutants and the self-purification of the atmosphere. Photo: Achim Edtbauer

How lichens and mosses affect the weather

We know that rain forests are essential for our global climate. So far, so good. However, latest research has found out that it’s not just those mighty crest coronets that are responsible for binding harmful substances and helping to clean up the atmosphere, but also a variety of non-descript mosses and lichens. Biologists from University of Graz made that discovery as members of an international team in the Amazon region.
One tends to overlook them. Even in science. “But that’s not doing them justice at all”, says Bettina Weber, Professor at the Institute of Biology, University of Graz, in their defence. According to her calculations, lichens and mosses contribute to binding about 7% of global carbon dioxide and even around 50% of nitrogen emission. A fact that we must not underestimate, especially in times of climate change, as Professor Weber emphasises, because lichens and mosses exist on all continents and in all climate zones, whether mountains, deserts or in the Arctic. That goes for tropical rainforests as well, such as in the Amazon region, where the biologist investigated the situation between 2016 and 2018 in collaboration with scientists from Max-Planck Institute for Chemistry in Mainz (D) and the National Institute of Amazonian Research (INPA) in Manaus (BRA).

What was thought to apply solely to rainforest trees can also be attributed to organisms that cover up to three-quarters of their trunks. Mosses and lichens produce substantial amounts of specific chemical compounds called sesquiterpenoids. The latter, in turn, react swiftly with ozone to form oxygenated compounds and particles in the air. These processes influence cloud formation and precipitation, as well as stimulating the atmosphere’s assimilative capacity.
“We measure volatile organic compounds emitted by the rainforest at different heights”, explains Jonathan Williams, team leader at Max-Planck Institute for Chemistry in Mainz. “If we extrapolate the emissions of mosses and lichens, we arrive at similar values such as for trees”, confirms Achim Edtbauer, scientist at the said institute and first author of the study. In further projects along with other international colleagues, Bettina Weber aims to clarify which role temperature, light and air humidity play in releasing sesquiterpeniods. In that way, their emissions could be integrated in atmospheric and climatic models, for instance to map the effects of drought on rainforests more accurately.

Consolidation of desert soils
It is already proven that biological soil crusts – a community of mosses, lichens, cyanobacteria, fungi and other bacteria – are essential for the consolidation of soils in arid areas, concludes Bettina Weber with reference to her research work: “They bind the substrate very effectively and slow down desert formation. Fungi and cyanobacteria, for instance, do that by enclosing sand grains and covering them with mucelage. That stops them from being blown away by the wind, binds nutrients and establishes the basis for other plants in the first place.”

Publication
The study was published on 21 December 2021 in the latest issue of “Nature Communications Earth & Environment”. 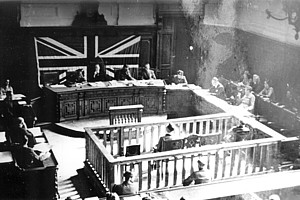 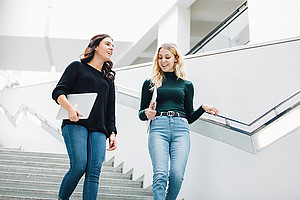 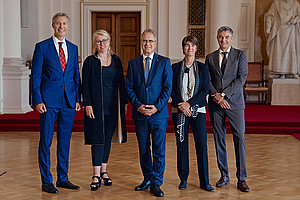